Keeping the temps low on the MasterRace

I had commented to a friend regarding his gaming PC’s CPU temps at the same time my “Lappy486” was encoding some videos, when I noticed that the core temperature of the i5-2520m was peaking at 97°C.  Fan was running full throttle and hot air was being exhausted, which indicated the heatpipe/heatsink/fan assembly was doing its thing.

With the laptop being nearly 5 years old, I figured it was a good time to remove the factory goo and replace it with the reliable standby Arctic Silver 5 Thermal Compound[*]

On a business/enterprise grade notebook, service guides are easily accessible, and so are critical system components.  Here’s what the innards of a Thinkpad look like: 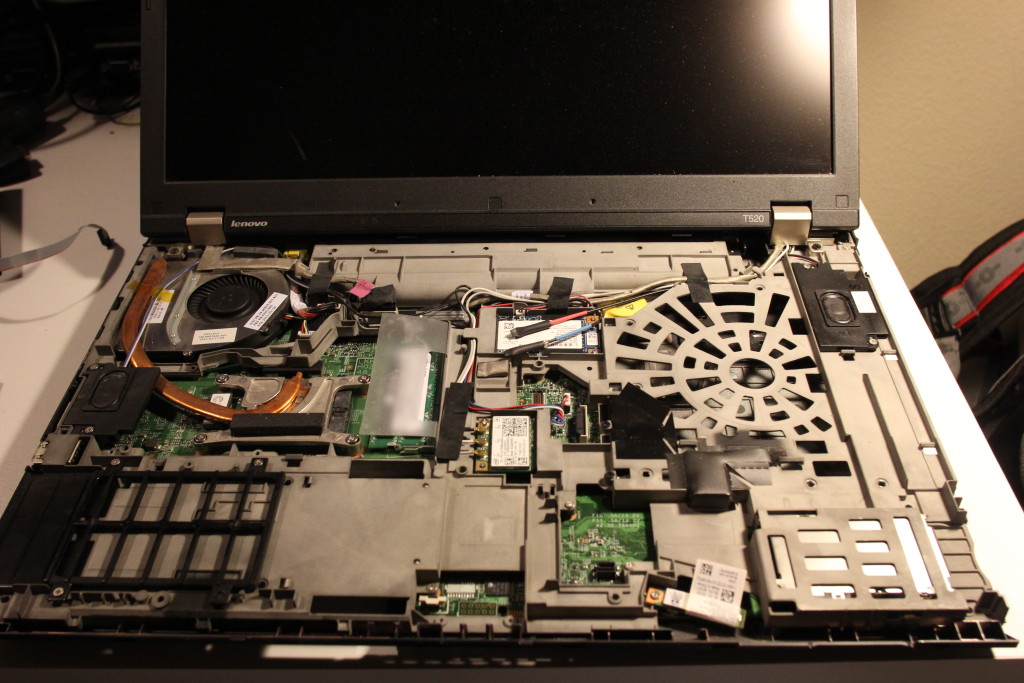 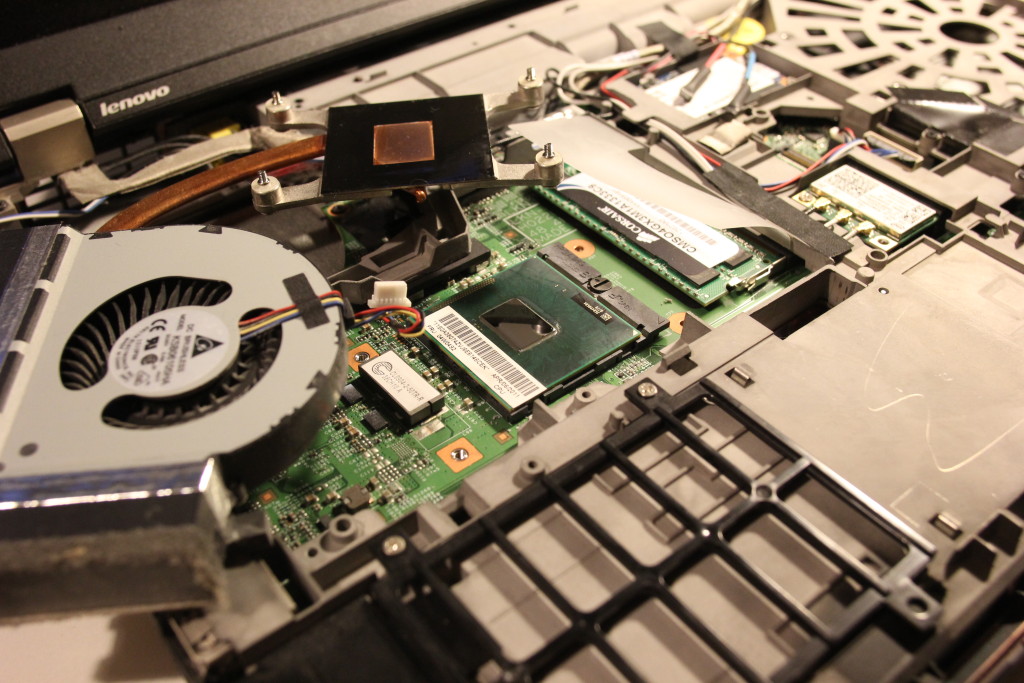 A tad of AS5 was placed on the CPU die using the “spread the grain of rice with a credit-card across the surface” method.  System reassembled.

Powering up the system and repeating similar load showed an immediate improvement: CPU temps topped out at about 92°C.

The Product Page for AS5 does call out a 200-hour “break-in” time with several thermal cycles for optimal results.  During the past week, I’ve occasionally hit the CPU with Prime95 for a bit at a time, as well as shutting down the computer at night.

At this writing, peak temperature seems to manged to 92°C, and wavering around 90°C/91°C with default parameters Prime95 CPU test.  (so YMMV with the ~8 break-in days).

A -5°C result is quite a promising improvement.  It gives a better margin away from the 100°or 105°C max operating temperature for the i5 part.

*I did find a screenshot from 2014, also showing a 97°C temp under load.  So either thermal performance had degraded and stabilized by then, or the system always ran as designed under load from the factory.

A tube of good thermal compound is very handy to have around, whether you’re squeezing out the most performance or doing routine maintenance.  Time after time, applying the right thermal paste and keeping cooling components clear of dust keep systems running smoothly.  Plus, anytime a CPU cooler is removed, the paste has to be replaced.

has been a favorite among enthusiasts for a long time.  It was among the best when first introduced, and still a strong contender today.

If your CPU has exposed circuits or components near where the thermal paste will be applied, the electrically insulated Arctic Silver Ceramique 2 Thermal Compound

is also a good pick that I’ve also used on other computers.

[*] Product links included on this page lead to external merchant site(s) in which this site participates in a link referral program. Clicking through these links and purchasing referenced products or other products sold by the merchant helps this site. More information may be found on our “Support Us!” page.

This entry was posted in computers, cooling. Bookmark the permalink.

2 Responses to Keeping the temps low on the MasterRace